Differences of an inch-and-a-half to two inches may require epiphysiodesis (adjusting the growth of the longer side) or acute shortening of the other side. Differences greater than 2.5 inches usually require a lengthening procedure. The short bone is cut and an external device is applied. Gradual lengthening is done over months to allow the muscles and nerves accommodate the new length. 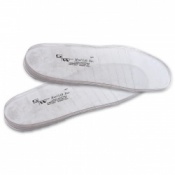 A number of causes may lead to leg length discrepancy in children. Differences in leg length frequently follow fractures in the lower extremities in children due to over or under stimulation of the growth plates in the broken leg. Leg length discrepancy may also be caused by a congenital abnormality associated with a condition called hemihypertrophy. Or it may result from neuromuscular diseases such as polio and cerebral palsy. Many times, no cause can be identified. A small leg length discrepancy of a quarter of an inch or less is quite common in the general population and of no clinical significance. Larger leg length discrepancies become more significant. The long-term consequences of a short leg may include knee pain, back pain, and abnormal gait or limp.

The most common symptom of all forms of LLD is chronic backache. In structural LLD the sufferer may also experience arthritis within the knee and hip are, flank pain, plantar fasciitis and metatarsalgia all on the side that is longer. Functional LLD sufferers will see similar conditions on the shorter side.

Infants, children or adolescents suspected of having a limb-length condition should receive an evaluation at the first sign of difficulty in using their arms or legs. In many cases, signs are subtle and only noticeable in certain situations, such as when buying clothing or playing sports. Proper initial assessments by qualified pediatric orthopedic providers can reduce the likelihood of long-term complications and increase the likelihood that less invasive management will be effective. In most cases, very mild limb length discrepancies require no formal treatment at all.

In order to measure for correction, use a series of blocks or sheets of firm material (cork or neoprene) of varying thickness, e.g., 1/8", 1/4", and 1/2". Place them under the short limb, either under the heel or the entire foot, depending on the pathology, until the patient feels most balanced. Usually you will not be able to correct for the full amount of the imbalance at the outset. The longer a patient has had the LLD, the less likely he or she will be able to tolerate a full correction immediately. This is a process of incremental improvements. 2 inch External Platform Lift Bear in mind that the initial lift may need to be augmented as the patient's musculoskeletal system begins to adjust. It is often recommended that the initial buildup should be 50 percent of the total. After a suitable break-in period, one month say, another 25 percent can be added. If warranted, the final 25 percent can be added a month later. Once you determine how much lift the patient can handle, you then need to decide how to best apply it. There are certain advantages and disadvantages to using either internal or external heel lifts.

how can a woman look taller?

Shortening techniques can be used after skeletal maturity to achieve leg length equality. Shortening can be done in the proximal femur using a blade plate or hip screw, in the mid-diaphysis of the femur using a closed intramedullary (IM) technique, or in the tibia. Shortening is an accurate technique and involves a much shorter convalescence than lengthening techniques. Quadriceps weakness may occur with femoral shortenings, especially if a mid-diaphyseal shortening of greater than 10% is done. If the femoral shortening is done proximally, no significant weakness should result. Tibial shortening can be done, but there may be a residual bulkiness to the leg, and risks of nonunion and compartment syndrome are higher. If a tibial shortening is done, shortening over an IM nail and prophylactic compartment release are recommended. We limit the use of shortenings to 4 to 5 cm leg length inequality in patients who are skeletally mature.
« What Can Cause Heel Discomfort What Causes Mortons Neuroma »
Profile